"A hint of mystery,"  Kurt Merkel often says when describing his art. The list reads long, if one chooses other phrases to describe Merkel's remarkably unique style. Congealed melody, the hidden revealed, playful whim, and meditative introspection simply begin to scratch the surface in explaining Merkel's art.  Early on, Merkel referred to his artistic style as Abstract Calligraphy.  The description stuck; it's as original as Merkel's work and helps viewers immediately appreciate
the art it describes.

It's impossible to look at a Merkel's work and not be drawn in.  And Merkel intends for this to happen.  He says, "... my paintings can communicate and be understood by all ..." The artist can make such a profound claim about his highly abstract style only because it's true. But this ease of communication didn't come without toil.

Merkel's labor to birth his art was not so much in the beginning, artistic sweat, as it was the ardor of self-examination and the consequential self-discovery.  Initially, Merkel's Advertising Art and Design degree guided his life-path, and Merkel established himself as a commercial illustrator and calligrapher in NYC and later in Central Florida when he opened his Orlando design firm. In the Nineties, Merkel began to consider his unexplored Artistic Self during an intense time of self-discovery.  "This process of self-discovery opened me up and I began to see wonderful things... the universe and my relationship with it.  I had always wanted to paint, express myself.  Now was the appropriate time to explore and express."

Merkel describes himself as possessing a strong intuitive sense.  And, it evidences his true artistic virtuosity that he began his artistic work in what the early Surrealists called automatism.  That is, beginning a work without any preconceived notion and letting the hand paint freely what the intuition feels.  Merkel says, " When I finish my painting, it's as much a surprise to me as anyone else."

His first series entitled "The Language of Poetic Line" proves Merkel's intuitive sense runs deep and connects itself with reality greater than the artist. In unassuming voice Merkel says, "They (viewers) will feel something spiritual when viewing my work."  "Serenity" gently invites the viewer to loose all sense of time, worries, and demands and just be.  It is a beautifully balanced work and gazing at it evokes thoughts of the rhythmical tide, or summer clouds—natural settings that calm.  Its graceful symmetry, and languid, flowing lines produce its peaceful expression.  Merkel creates on Birch wood.  The untreated wood patterns harmonize with the black calligraphy lines in each of Merkel's paintings.

In "Serenity" the black, flowing lines relax upon each other, slowly drawing the viewer's eyes to the center and then softly guiding them to the upper and bottom portions of the paintings. The swirling blues and subtle whites surrounding the center become such yin-waters, bespeaking The Genesis earth, that one hardly recognizes it is the birch wood beneath the paint stain the gives the upper and lower portions of "Serenity" its water-like sense.  Merkel uses Birch wood brilliantly in all his works explaining, "The paint goes on very transparent so you can see the grain in the wood."

Besides speaking subjectively to its viewers, Merkel's art also readily reflects artists in the Western Art Canon.  This is not done consciously.  Rather, the intuitive nature of all Merkel's works simply allows this to be.  "My work embodies universal truths," explains Merkel. At the same time he says, " I want my art to be really fun, make people feel good."  The two ideas go together for Merkel and his art communicates the universe is a joyful place.  "I'm translating energy into tangible [art]. There's an energy inside and I'm putting it on a painting."  An element of this energy then, echoes other Artistic Masters: For instance, one can see Chagall's "Birthday" in Merkel's "Falling in Love".  In "Birthday", the lover floats happily above his beloved as their lips touch in new love.  In "Falling in Love" the same glad whimsy appears as equal colors meet in the middle where one heart-shaped swirl floats above a second identical shape.

Certainly, one can feel Rothko's visceral colors in Merkel's "Tracy".  And simply for its enigmatic title alone, the comparison must be made between Merkel's "I saw the figure five, in gold spinning in my head" and Dali.  In "Birth of the Blues" one sees Miro's "Landscape (the hare)."  In the Miro work, a hare looks at a comet spiraling to earth in the form of multi-colored dots.  In "Birth of the Blues" Merkel places swimming, white dots around the musical symbols.  The only painting in "The Language of Poetic Line" series in which Merkel employs the white, floating dots is "Birth of the Blues."  Merkel develops these dots in his second series, "Exotica" and his third, "Secret Garden", and they reveal Merkel's evolving style.  Merkel suggests his dots are sub-atomic particles—life's invisible movement.  In the mystical "Existence"("Secret Garden" series), the white dots become planets dancing through a new universe immediately after the Big Bang, or free-floating pollen spores as a summer flower opens in the sun.

Having experienced Merkel's work, viewers will find a growing desire to repeatedly return to it.  "The fact is, a person is having a dialogue with me when they view my work.  Usually the audience and I are not that far apart." Perhaps the desire to return is the same reason any one returns to a satisfying conversation.  It awakens ideas, excites the imagination, confirms what is good, and then there is always the un-named something about the conversation.  As Merkel says, "You must take the time to look and allow yourself to feel its message.  Or not, either way, my work is entertaining and smothered with a hint of mystery."

Kurt Merkel was a featured artist in KARMA magazine. 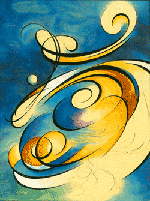 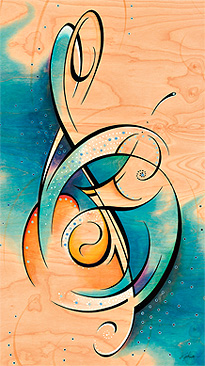 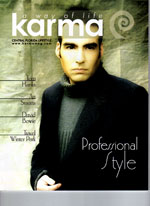 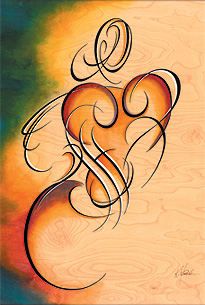 All Content ©2011 Copyright by Kurt Merkel US Copyright laws apply to all images (either thumbnails, display images, or original digital images). They are not to be used for any purpose other than viewing. The color in the original pieces may vary slightly from the computer images seen here. No use of any image is permitted without written authorization of the copyright owner, Kurt Merkel. 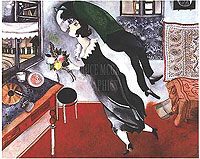 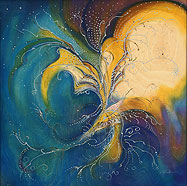 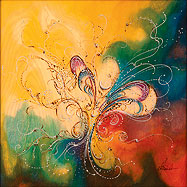